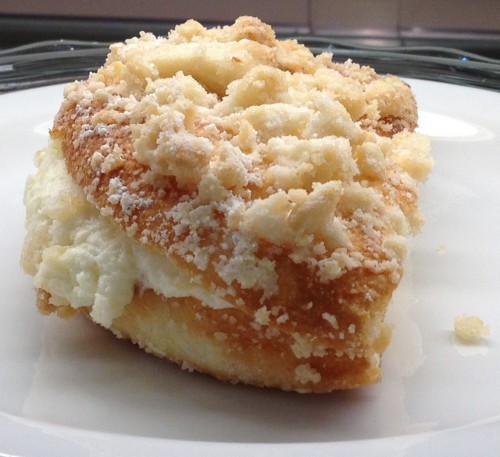 Here is a strikingly easy recipe for cinnamon rolls, and cooking it slow over crock pot makes it even easier. Enjoy it in breakfast or prepare it as a comfy winter dessert. The mouthwatering smell of these Cinnamon rolls will make the kids go crazy.

Serve with a dollop of whipped cream or a spoonful of cream cheese.

You may use yogurt instead of sour cream to make the topping.